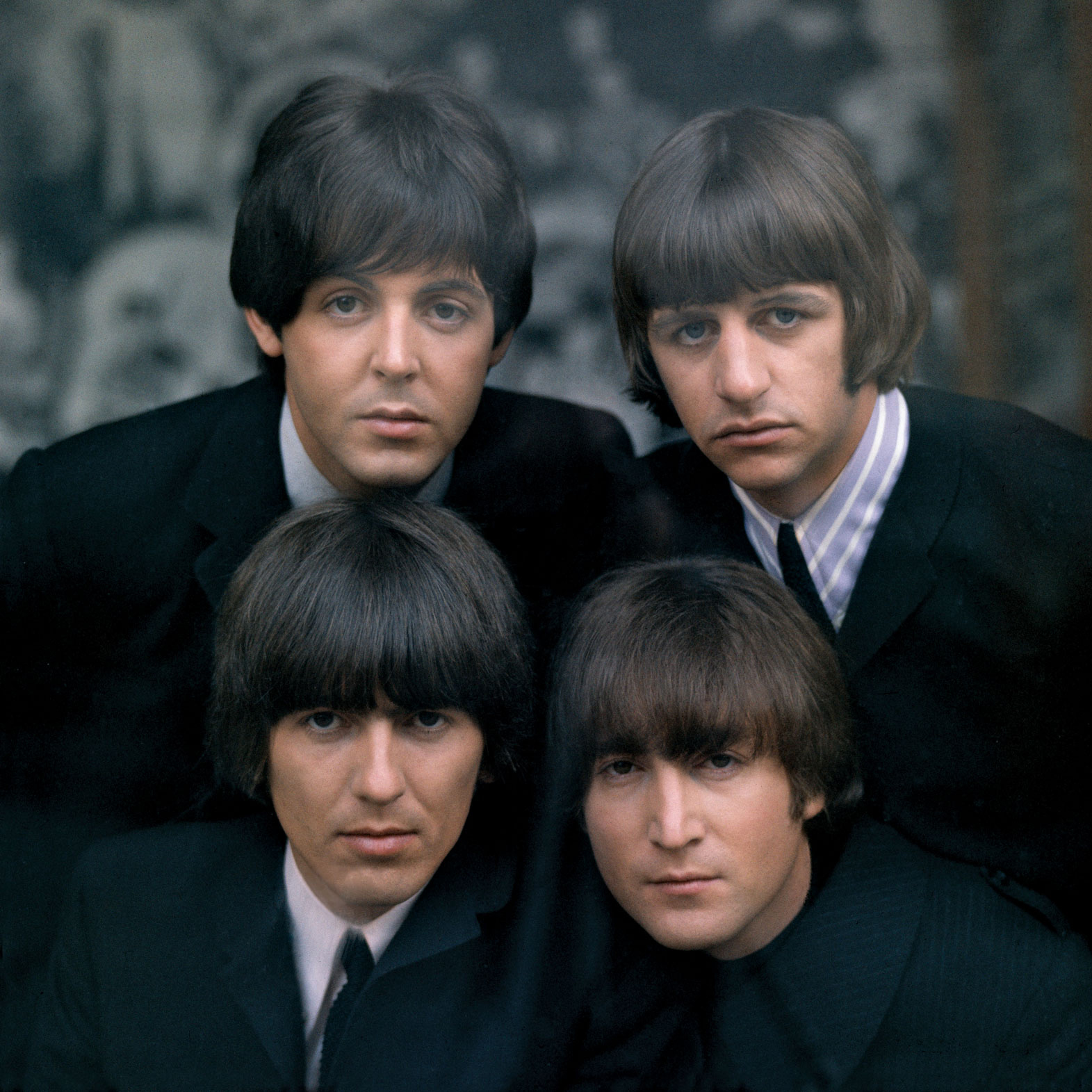 Carry That Weight: How The Beatles’ kids followed their iconic fathers

The Beatles were arguably one of the greatest and most talented rock groups of all time. How did their kids get on in the world?

Consisting of John Lennon, Paul McCartney, George Harrison, and Ringo Starr, this unassuming quartet arguably changed the face of popular music completely thanks to the music they crafted during their nine-year stint.

But have you ever wondered how far the apple fell from the tree? We’ve decided to take a look at the musical careers undertaken by the offspring of one of music’s greatest groups.

Zak Starkey
Ringo Starr’s son, Zak Starkey, has spent close to 40 years earning a crust as a musician, including drumming for acts like The Who, Oasis, and working with other huge names, including The Smiths’ Johnny Marr, and The Jam’s Paul Weller. These days though, you’ll find him making up half of his latest rock group SSHH.

Comprised of Starkey and Aussie vocalist Sharna Liguz, the group recently recorded a debut album, which features appearances from members of The Pretenders, Primal Scream, and the Sex Pistols.

Jason Starkey
While Zak Starkey seemed to get the majority of the limelight thanks to his music career, Jason sadly went in the opposite direction while growing up, appearing in court for a couple of indiscretions in his early 20s. While he’s dabbled in music occasionally, Jason once revealed that “being Ringo Starr’s son is the biggest drag of my life,” and has chosen instead to live a quiet life as a dedicated family man.

Lee Starkey
Lee Starkey first came to prominence after starring in a car commercial with her dad in the late ’80s, but for the majority of her life, she’s kept rather quiet, choosing to instead work in the field of fashion design. While you can occasionally spot her at one of Zak Starkey’s gigs, you might have a better chance of seeing her side-stage at a Liam Gallagher concert, having been in a relationship with former Kasabian/Beady Eye guitarist, and current Gallagher bandmate, Jay Mehler for quite some time now.

Francesca Gregorini
Francesca Gregorini was one of the two stepchildren that Ringo welcomed into his life when he married former Bond girl Barbara Bach in 1981. A filmmaker by trade, Francesca’s work has been seen on the world stage over the years, including 2013’s The Truth About Emanuel which was featured as an official selection at that year’s Sundance Film Festival.

Gianni Gregorini
Unlike his sister, Gianni Gregorini has stayed out of the world of media, choosing instead to eschew this fame for a more normal life in a more down-to-earth trade. While he occasionally makes appearances at large events, such as Francesca’s film premieres, Gianni can these days be found as a Los Angeles businessman (though we assume he at least gives ‘With a Little Help From My Friends’ a spin on his daily commute).

Julian Lennon
Arguably one of the more famous of The Beatles’ kids, Julian Lennon is often best known as the inspiration for classic tunes like ‘Lucy In The Sky With Diamonds’ and ‘Hey Jude’. However, Julian is also a rather successful musician in his own right, having released eight albums since 1984 and charting countless times thanks to singles like ‘Saltwater’.

Sadly, Julian is probably the most-removed from the hysteria surrounding his dad’s famous group, choosing to distance himself from most of the band’s members over the years, and aiming to make a career based on his own talents, and not on his name alone.

Kyoko Chan Cox
John Lennon became the stepfather to Yoko Ono’s six-year-old daughter Kyoko when they married in 1969, but a bitter custody battle between Ono and former partner Anthony Cox resulted in Cox absconding with Kyoko, raising her within the religious cult The Living Word Fellowship. Although they left the church in the mid ’70s, it wasn’t until the late ’90s that Yoko Ono reunited with Kyoko. These days, she reportedly works as a teacher, and lives a relatively normal, if subdued life.

Sean Lennon
Born after The Beatles broke up, Sean Lennon was basically born into musical royalty, with Elton John taking on the role of his godfather. At age thirteen, Sean entered the world of music, releasing his first solo album ten years later in 1998. Over the last few decades, he’s continued to expand his musical tastes, working with musicians as varied as Primus’ Les Claypool, The Flamimg Lips, Rufus Wainwright, and of course, The Plastic Ono Band, fronted by his mother, Yoko Ono.

Heather McCartney
The oldest of the Beatles’ kids, Heather McCartney was born to Joseph Melville See Jr. and Linda Eastman, who married Paul in 1969. Choosing a career in some of the finer arts, Heather made a name for herself thanks to interests in art, photography, and pottery, with the latter leading to her launching a successful line of houseware items in the late ’90s. Why, you might be eating off a genuine Heather McCartney while you read this!

Mary McCartney
You might not know Mary McCartney by name, but the chances are good that you know her work. Ever since first appearing as the young child on the rear cover of McCartney’s first solo album, Mary has been heavily involved in the world of photography, including producing the documentary Wingspan, about her father’s band Wings, and serving as the head of photography at Paul’s company, MPL Communications.

Stella McCartney
Out of all of the non-musical McCartneys, Stella McCartney is more than like the one that everyone has heard of – even if they’re not fans of The Beatles. Breaking into the world of fashion during the ’90s, Stella has since become one of the more prominent fashion designers in the world, with her work being found in department stores globally. Try as you might, you’re not likely to find an official Julian Lennon fashion line in your local H&M.

James McCartney
In addition to being a doppelgänger for his father (who still likes to embarrass him like all dads do), 40-year-old James McCartney has spent half his life carving out his own niche in the world of music. Beginning his career in the late ’90s on albums by his parents, James juggled his studies and musical responsibilities over the last couple of decades, releasing his first solo EP back in 2010.

Arlen Blakeman
In 2007, Paul McCartney began dating American Nancy Shevall, with the pair eventually marrying in 2011. Of course, this marriage meant that McCartney soon became the stepfather to Shevall’s then-teenage son Arlen, who has also managed to stay out of the spotlight somewhat. While Arlen is yet to dip his feet into the vast pools of music, there’s no telling what the future could hold.

Beatrice McCartney
The youngest of all The Beatles’ bubs, Beatrice McCartney is also the one that media knows the least about. Due to a concerted effort by Paul McCartney and ex-wife Heather Mills, Beatrice has managed to avoid the spotlight almost completely in her 14 years. Of course, there’s no saying yet whether or not we’ll be seeing this youngster making a foray into music in the coming years.

Dhani Harrison
Debuting in the world of music on his father’s final album, Dhani Harrison’s career started off as more of a way of paying tribute to his late father more than anything else. Following criticial acclaim for his work, Harrison began to work with bigger and bigger names, including Eric Clapton and Wu-Tang Clan, eventually releasing music as a member of the groups Thenewno2 and Fistful Of Mercy.

However, while it was only last year that we finally saw that long-awaited solo album from Dhani, it was more than worth the wait.